Dubuque is Iowa’s oldest city and is among the oldest settlements west of the Mississippi River. The first permanent settler to the area was French-Canadian fur trader Julien Dubuque. When he arrived in 1785, the Mesquakie (Fox) Indians occupied the region which included an abundant amount of lead mines. Knowing lead’s importance to Europeans, the Mesquakie kept the locations of the mines a secret. But Julien Dubuque developed close relationships with the Mesquakie while trading fur and the Mesquakie informed him of the region’s wealth of lead deposits. Working together to mine the lead with the Mesquakie, Julien Dubuque was eventually given control of the mines, which he named the Mines of Spain ,and successfully operated until his death in 1810. On June 1, 1833, the land Julien Dubuque had worked so hard to develop was opened up for settlement by the United States Government under the Black Hawk Purchase Treaty and came to be known as the city of Dubuque when it was chartered in 1837.

Dubuque’s location to the Mississippi and its abundant land and resources, attracted large numbers of immigrants, particularly Irish and Germans, from overcrowded cities on the east coast. The Black Hawk Purchase Treaty allowed miners the first opportunity to settle along the banks west of the Mississippi and those that moved westward referred to Dubuque as the “Key City”—the place in which the door to their dreams of a better life was opened. Settlers to this vibrant river city were known for mining and fur-trading, but later flourished in the industries of button making, boat building, logging, mill working, meat packing, and other heavy industries. Since then, the community has had a long-standing manufacturing sector and a growing service sector. Dubuque is now the major retail, medical, education and employment center for the tri-state area.

Dubuque takes great pride in the slogan, “Masterpiece on the Mississippi,” but such was not always the case for Dubuque. In the 1980s, Dubuque was a city experiencing difficult times. The city had double-digit unemployment, an exodus of residents from the community and the state, struggling downtown businesses, and disconnected neighborhoods. However, community leaders from the private and public sectors came together in four community visioning efforts over the past 20 years that helped change Dubuque. These leaders focused on grassroots efforts to address downtown redevelopment and industrial expansion.

While significant progress has been made in the recent past, Dubuque is poised to continue in the tradition of the first pioneers who settled among its bluffs. Recent recognitions include being named one of the 100 Best Communities for Young People, the Most Livable Small City, and an Iowa Great Place, as well as having been named an All-America City. Dubuque, Iowa is truly a “Masterpiece on the Mississippi.” Whereas, civil discourse is the respectful exchange of different ideas in a way that respects and affirm all persons, while hearing their perspectives; and

Whereas, civility reduces rudeness, ridicule, and lack of respect for the open exchange of ideas; and

Whereas, civility improves our well-being, restores trust, and encourages Americans to participate in building a brighter future for generations to come; and

Whereas, civility assists in the process of working together to create lasting solutions to our most pressing challenges, while fostering respect among opposing groups; and

Whereas, community members should feel comfortable and respected while exploring worldviews outside their own; and

Whereas, recognizing the importance of civility and how it improves personal relationships leading to greater civil discourse, in recognition of the National Institute of Civil Discourse's initiative, would like to invite all members of our community to exercise civility and respect toward each other and participate in reviving civility together. 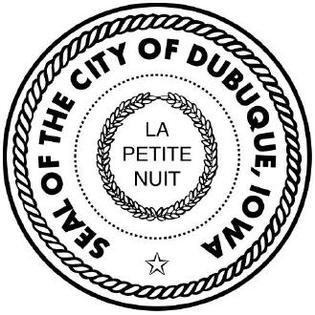